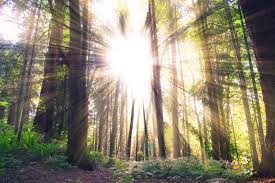 Charles Robert Cox, 68, Gallipolis, passed away at 8:20 P.M. Wednesday, October 28, 2020, in his Green Township home. Born March 3, 1952 in Steubenville, Ohio he was the son of the late Clyde Aubrey and Esther Elizabeth Peach Cox. Charlie retired after 31 years of service as an Operations Team Leader at the American Electric Power Company's Gavin Power Plant.

In addition to his parents, Clyde and Esther Peach Cox, he was preceded in death by a sister, Carolyn Clunk.

In keeping with his wishes there are no calling hours or funeral service. Cremeens-King Funeral Home, locally owned and operated at 75 Grape Street, is honored to serve the Cox family.

To send flowers to the family or plant a tree in memory of Charles Robert Cox, please visit our floral store.

You can still show your support by sending flowers directly to the family, or by planting a memorial tree in the memory of Charles Robert Cox