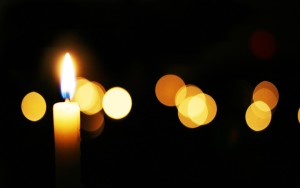 Leota Alberta Moss Milstead, 83, of Middleport, and formerly of Gallipolis, passed away, at 9:04 a.m on Sunday, February 23, 2020 in the Holzer Meigs Emergency Department, Pomeroy. Born June 7, 1936 in Point Pleasant, West Virginia she was the daughter of the late Dallas Gilbert and and Ellen Louise Spencer Moss. She was a homemaker.

In addition to her parents she is preceded in death by her husband, Leiws R Milstead Sr., whom she married on May 23, 1959 and preceded her on November 3, 1998, a son, Lewis Reed Milstead, Jr., sisters, Lillian Bush and Mary Hussell, and brothers, Dallas Moss, Jr., Dorsel Moss, Marvin Moss, Spencer Moss, Raymond Moss, and George Moss.

Funeral services will be held at 2:00 p.m. on Friday, February 28, 2020 in the Cremeens-King Funeral Home, Gallipolis. Pastor Ron Branch will officiate and interment will follow in the Ohio Valley Memory Gardens. Friends may call two hours prior to the service at the funeral home.

To send flowers to the family or plant a tree in memory of Leota A (Moss) Milstead, please visit our floral store.

You can still show your support by sending flowers directly to the family, or by planting a memorial tree in the memory of Leota A (Moss) Milstead
Share a memory
© 2020 Cremeens Funeral Homes, Inc.. All Rights Reserved. Funeral Home website by CFS